On Our Needles and Hooks …  by Amy

12 Hats of 2020
How is your first hat of 2020 going?? You have until the end of the month (Friday, January 31) to bring in your finished hat made with Wooden Spools yarn to be entered in the drawing for the yarn for February’s hat! Speaking of February’s hat…

The Sockhead Slouch Hat by Kelly McClure!  This free pattern uses one ball (not even the entire ball) of WYS Signature 4Ply to make a slouchy and adorable stocking-type hat. This is great social knitting or TV knitting!  Look how great Rachael looks in this hat! 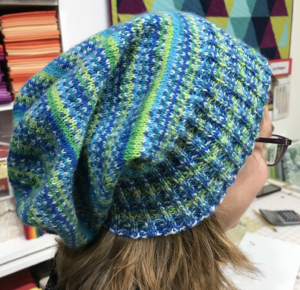 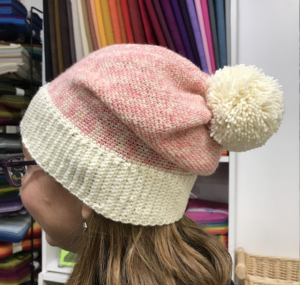 Just to recap, you have until February 28 to purchase the yarn from us and finish the hat (it takes a bit longer than the super bulky hats of January!).  Bring it in (or post a photo on Instagram with #WS12HatsOf2020 or in our Facebook Group: 12 Hats of 2020 Members) and you’re entered in the drawing for the yarn for March’s hat! 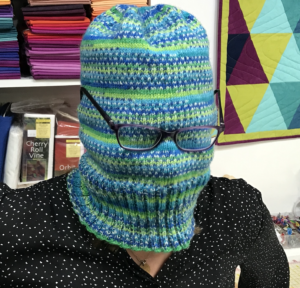 Overachievers: Can’t decide which one to make? Make both! Wear both! (at once) 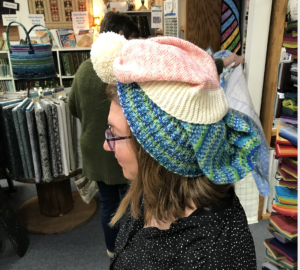